The Call of Duty: Modern Warfare Season 4 update and the patch download link have finally gone live and it’s huge than the expectations it had around for months. The download file size certainly differs based upon the device that you are about to make use of to access the gameplay. For PC users, it weighs around 45 GB, 32.37 GB for PlayStation 4 users and 44 GB for Xbox One users. A bug has been recently reported by Xbox One users that they are requested to download file size of about 84 GB, which Activision is at the moment investigating to get rid of it at the earliest.

Activision in its recent official statement has said that the Series 4 update shall an additional of 4 GB when installed on consoles. Today, we are about to present every other detail related to released patch notes, with possible ways to access features like Weapon Mastery, Warzone events, and much more.

Warzone Rumble, a new gaming mode in Warzone incorporates two teams of fifty players battling in and out through parachutes in Verdansk and its surrounding areas. This new Modern Warfare gaming mode feature has high intensity filled actions with vehicles, custom load-outs, and quick respawns.

The playlist does add upon Warzone Rumble towards the Battle Royale. Below-mentioned is the complete playlist update that has been released for COD Modern Warfare and Warzone Season 4. 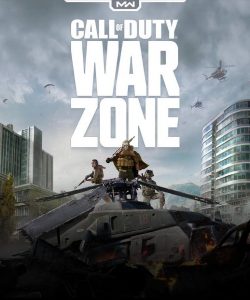 The Warzone Season 4 indulges with a new feature named as ‘in-match events’. These events do take place without prior notice, and it can be witnessed anywhere during the gameplay. Only one among the Warzone event is said to occur during a match.

In total, there are three different event types that you can witness in the starting part of Season 4. You must read through the description of every other in-match Warzone event to get familiarized with the possibilities before jumping off into the battlefield.

Once the ‘Jailbreak’ occurs, every other player who has been recently eliminated in COD MW shall be released back to participate in the on-going match. If you are eagerly waiting to get hold of 1v1 within the Gulag or got relegated with a spectator then you will be provided with one more chance. Also, you will be able to witness a one-minute long notice before the Jailbreak event gets to find additional armor or store weapons for all your returning teammates.

The Jailbreak events can happen at any time during the gameplay, and you can even pass through them while indulging in a Battle Royale match, which is why you must always spectate around. Make sure to be mindful whenever Jailbreak occurs, as you are about to get back all your lost teammates with additional enemies marching towards your way.

The ‘Fire Sale’ is yet another interesting in-game event that has temporary discounts to purchase items at the Buy Station. You can make use of it to grab an 80% discount or even browse and purchase items that are listed for free. The Fire Sale event is the perfect time to get hold of Armor Box, UAV for your squad, or a deadly kill streak. Whilst browsing through the Fire Sale event, you can get attain the fallen teammates for free.

If you have gone short with Cash in a match the Fire Sale shall be your savior for the day. You can easily redeploy any of your squadmates and let them stay active in the COD Modern Warfare 2019 gameplay. As the Fire Sales event lasts for only sixty seconds, overcrowd can be expected at the Buy Stations.

The Supply Choppers event is known for bringing non-lethal, yet, heavily armored helicopter to the Verdansk. If you are running low on health levels then you need to fire a few bullets on the helicopter that is known for hosting tons of health in the first place. You might even have to use a rocket to bring down the helicopter in the first glance itself. Although the helicopter is not equipped to shoot back, you still need to ensure the enemies are distracted and do not have a focus on you or your teammates. Once the Supply Chopper has been destroyed, it shall drop loot, which you need to pick up to boost your health levels.

The loot includes two armor boxes, three UAV’s, munitions boxes, grenade launches, gas masks, and the much-needed Cash. The Supply Choppers shall appear only for a short period, which is why you must immediately distract the enemies, and bring down the helicopter to grab all these loots in one place. While collecting loots, the enemies might take advantage of your actions. Watch out for them, and wisely handle their movements without letting them shoot over you, or steal the loot rewards.

The Call of Duty Modern Warfare Update has a new contract named Contraband that entails a long-lasting Blueprint Rewards. The Contraband Contracts can be used to re-spawn after the previous contract has said to be completed. If you tend to witness the Contraband briefcase then you need to rush and collect them as quickly as possible. After obtaining the briefcase, you need to take it towards the Helicopter Extraction location that has been designated for its arrival.

The player who is said to be carrying the collected briefcase should deposit it within the helicopter’s drop-bag to surpass the mission. If you have found a player holding onto the briefcase then you can certainly steal it from them to complete the on-going contract on behalf of all your teammates. Watch out for enemies walking with suitcases towards the helicopter in the provided Tac Map.

Once you have successfully unlocked the Gold for weapons, the Mastery Challenges shall get added to your Call of Duty account. Every other weapon includes eight different Challenges, hosting a unique set of rewards that includes 4 Emblems and 4 Player cards for free grabs.

All you need to do is to march through the 2 Headshot Challenges, 2 Kill Challenges, and other 4 additional Challenges in the right order as mentioned below.

After complete the required challenges as mentioned for obtaining the 51 weapons, you are all set to unlock a special badass Player card and Sticker. 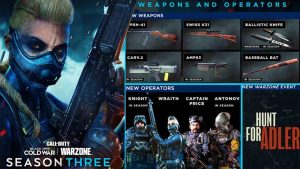 Infinity Ward has recently released the roadmap content that includes tons of new features and maps. The operators shall portray a new look to the Season 4 with all the goodies that you can collect from the Season 4 Roadmap.

These are all the recently released patch notes of Call of Duty Modern Warfare 4 that you need to know before getting back to the gameplay.

Learn the Fundamentals of CSGO Surf to Become a Pro Gamer

How to Get Legend Tokens in Apex Legends 2022?