Best AMD Graphics Card in 2021: Why Nvidia Rival is Suddenly the New Favourite For Building PCs?

Best AMD graphics card: We all know that AMD GPUs are very well known for their excellent performance and affordability compared to other rival offerings. While maintaining their prices competitively, these graphics cards deliver performance that rivals NVIDIA’s offering in the mid-range to high range.

Whether you’re looking to create 3D designs, video edit, or play the latest games, the best AMD graphics cards we have picked for you are worth your attention. From the latest RX 6800 and 6700 XT to one of the most productive and affordable AMD Radeon RX 5700 XT, one of these GPUs will definitely see you through your graphics-intensive computing needs.

AMD is an old name when we talk about graphics processing hardware. The company has been making Graphics cards for quite some time now.

However, earlier, they were not a highly preferred choice due to their overheating issue.

Also, the GPUs that AMD made for the Laptops ended up being too heavy for the laptops to handle.

But not giving up the fight like some other giants, AMD recently came up with a more advanced and highly stable GPU line that adhered to all these issues.

This attitude of taking the battle back to the competitors earned a good segment of the market for AMD, and its Arc rival NVIDIA was forced to release a new line-up much earlier than expected.

Which is better, NVIDIA or AMD? | AMD vs NVIDIA Which one to buy?

One of the biggest questions that most of the people who are building a gaming PC or a computer set up for heavy performance ask: Which is better, NVIDIA or AMD? To be very accurate, the answer to this question does not exist.

You might contradict what we have to say, but analytically it is crucial to understand that both the GPUs setup adheres to different user requirements.

So it is possible that a Graphics processor from NVIDIA delivers ultimate graphics rendering output but lacks in providing the actual color.

On the other hand, an AMD GPU has highly vibrant colors but cannot meet the rendering needs. 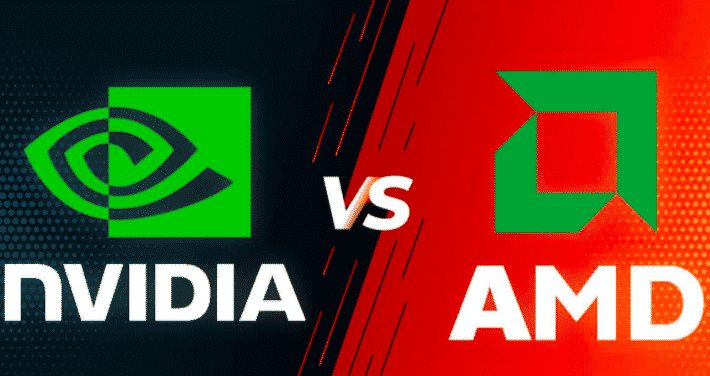 Next time you have an AMD vs. NVIDIA thought popping up in your mind, make sure to make a list containing your requirements and the purpose that the graphics card has to deliver.

For example, if you are into competitive gaming and are playing an FPS game regularly, maybe AMD will do much better.

However, if you are playing a story-based game with extreme graphics requirements like Assassin’s Creed: Odyssey or Cyberpunk, you might prefer NVIDIA.

Though, when we talk about the available metrics, the latest GPU from NVIDIA has broken all the bars. The NVIDIA 3000 series, a preemptive step against the AMDs line-up, has top-notch performance.

However, it is also important to note that NVIDIA Graphics are costlier to the ones by AMD.

No one is a winner or loser; a wind today does not guarantee the throne tomorrow. You have to keep improving daily to have one product deliver the best, even if it is not affordable.

Since we got to know a little about GPUs. let’s have a look at our top 5 AMD graphics card picks.

AMD Radeon RX 5500 XT would be an excellent choice for gamers on a budget with its 1080p gaming capabilities. Even though it isn’t one of the powerful graphics cards out there, it does an excellent job at its price point and an easy pick compared to Nvidia GeForce GTX 1660. 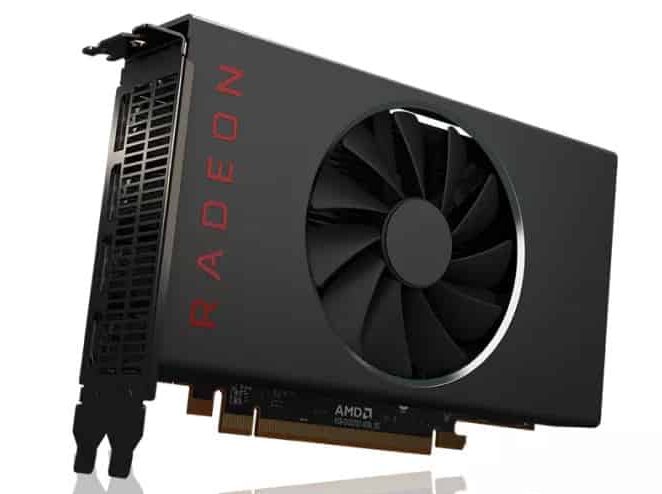 You can run most of the games at 60fps, except for the highly demanding titles like Metro Exodus or Red Dead Redemption.

Altogether AMD Radeon is the best Budget fit for gamers looking for 1080p gaming without affecting their wallets.

If you think AMD has no standing in the high-end market, then you might not have heard about AMD’s Radeon RX 6800. It even goes head to head with Nvidia’s RTX 3070 in 4K gaming. 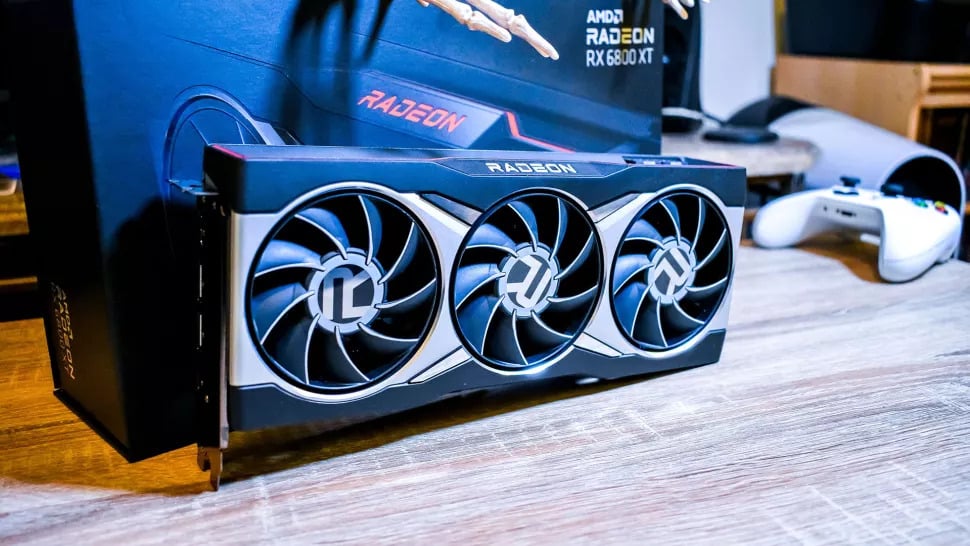 It also brings AMD ray tracing to the field, even though it isn’t quite as good as Nvidia’s at 4K. Still, Ray tracing at 1440p with a solid 4k 60 fps experience isn’t it more than impressive?

These are suitable for people who like messing up with their BIOS and looking for a 1440p graphics card. 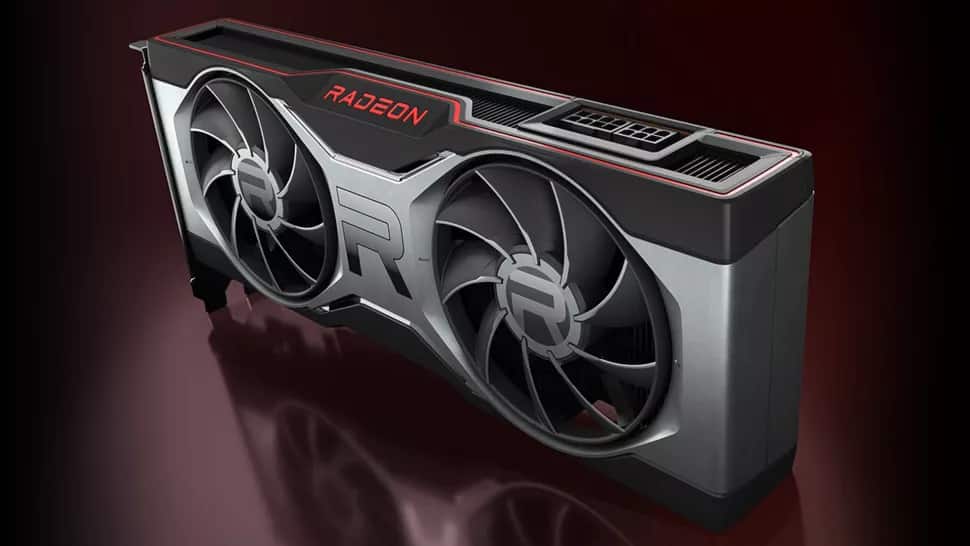 It delivers a solid 1440p performance along with ray tracing to boot. The timing for this GPU can’t be any better with the growing popularity of 1440p gaming monitors. It is an excellent contender for the more powerful RTX 3070 at a similar price range.

The Radeon RX 6800 XT is considered a worthy contender for rivals like Nvidia in the high-end segment. 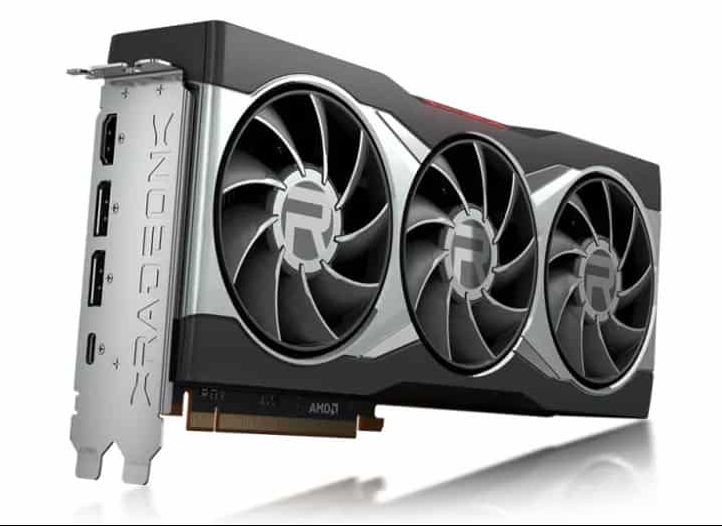 It delivers a solid performance in DirectX 11 games, unlockable for 10% extra juice if you dig around your BIOS. It is also considered one of the promising starts of AMD’s epic revival in the high-end GPU market.

If you are looking for something that comes with an affordable price tag, you are in luck with Radeon RX 5600 XT.

The AMD Radeon RX 5600 XT is one of the best AMD graphics cards for1080p gaming that even beats Nvidia GeForce RTX 2060. 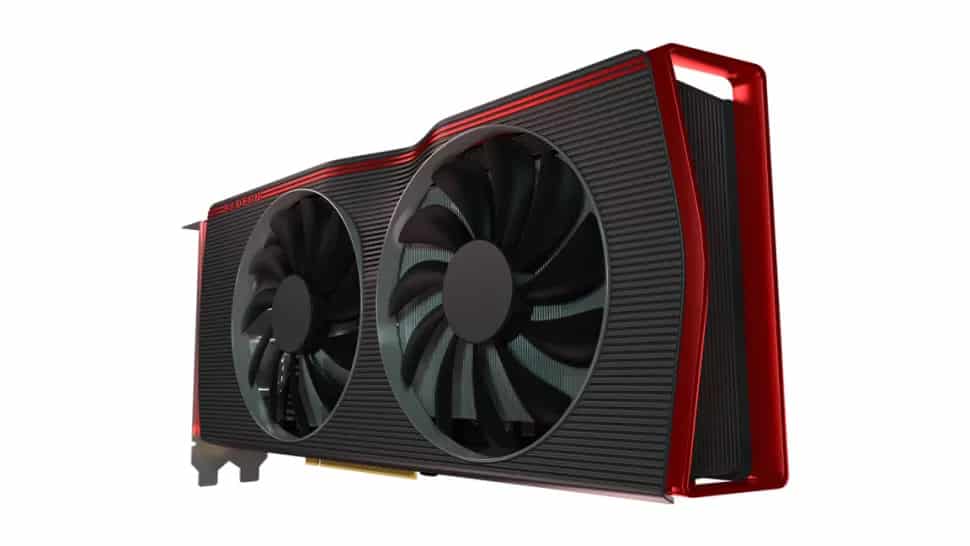 It delivers high frame rates and plenty of software features that require less power and has 6GB of VRAM.

However, the RTX 2060 is excellent for raw performance and value.

What is the best AMD graphics card 2021?

These are the top-picked AMD graphics cards of 2021, according to the data available online.

Is AMD better than RTX?

Both AMD and NVIDIA RTX deliver on their own to their customers. However, if we talk about the metrics that experts use to measure the performance of a graphics card, the Latest RTX 3000 series has a better understanding.

Which AMD graphics card is best for gaming?

If you are looking to get a graphics card for HD gaming that caters to 1080p requirements, then the AMD RX 5600 XT is what you need. One can consider the RX 5600 XT Graphics card from AMD better than the NVIDIA RTX 2060 due to affordability, delivery of high frame rates, more minor power requirements, and plenty of software-based features. How about the best CPU for gaming.

What is the most powerful AMD card?

The best graphics card that AMD has delivered is the AMD Radeon™ RX 6900 XT. The native AMD RDNA™ 2 architecture powers this graphics card. It features a massive 80 powerful and enhanced CUs (Computing units) and all-new 1280 MB AMD Infinity Cache and a sufficient 16 GB of dedicated GDDR6 memory.

The AMD RX 6900 XT, as informed by its makers, is designed to deliver ultra-high frame rates and serious 4K gaming at a higher refresh rate setup. However, the RX 6900 XT is not the most powerful gaming graphics card in the market. You can get Best white motherboard. 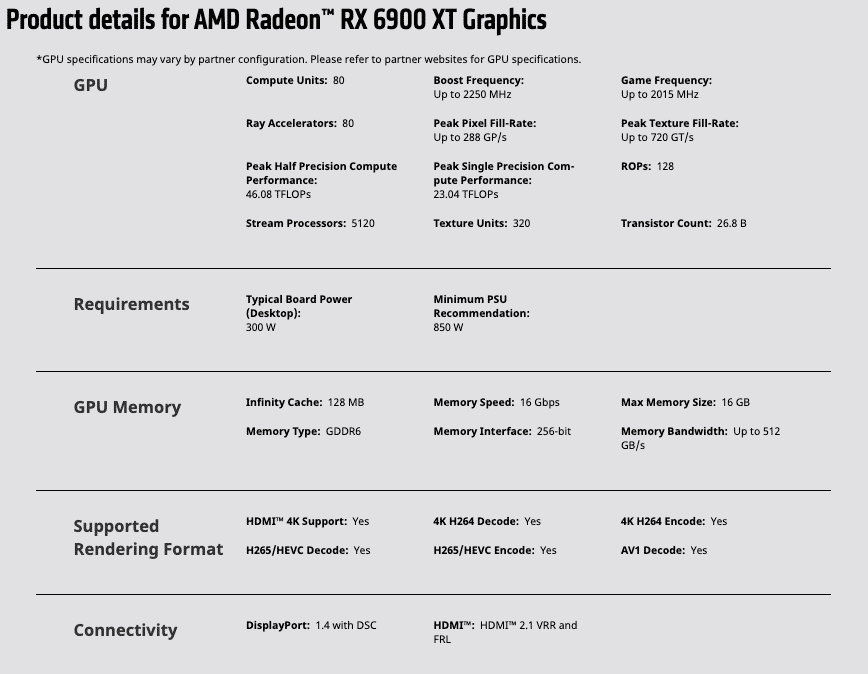 Though AMD still might have to go a long way before they can grab a considerable market share of the Graphics cards industry, they certainly have improved.

The latest graphics card product lineup of AMD is far better than what they use to deliver a few years back. Also, their Arch rivals are still concerned about the software development that they have done.

However, if you are using an AMD processor, then the same company’s graphics can be pleasing. We hope to provide the desired insight to you through this write-up on the Best AMD graphics card to buy.

If you like the article, make sure to let us know in the comment box below. Please keep visiting our website for the latest gaming-related insights, facts, tips, and news.