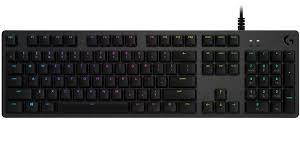 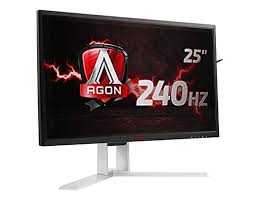 KennyS’s full name is Kenny Schrub. He is a streamer and a Counter-Strike player. He was born in Digne-Les-bain which is a small town in France. Being born in a small town and pursuing his career as a streamer even with fewer resources is a commendable job that he does. He is currently playing as a member of team G2.

kennyS’s brother was the one who introduced him to video games. He is a manager of Misfit’s overwatch team. kennyS’s brother introduced him to Counterstrike and then he started playing it. KennyS is famous for his fast and accurate reflexes and also he has been considered as one of the best AWPers among other players in the game. Also, he understands the game better than anyone else. He has full knowledge of the map and executes his game accordingly. KennyS has been a part of team Titan and that is the point where people started noticing him. He was then also considered as an AWPer and he used to dominate the teams and represent his team at almost every tournament.

He was a part of the titan from 2014 to 2015 and is still considered to be one of the best phases of his career till now. Other than this, when he was a part of team Envy he earned a major title. Also, kennyS has a great experience in gaming even if he is quite young. He was a part of different teams like team Very Games, Titan, Envy, Recursive, Clan-Mystick, WE GOT GAME, LDLC, and WARMAKER. He is currently a part of team G2. Also, he earned the position of 6th best player in the world for two consecutive years 2014 and 2015.

KennyS is a renowned streamer and has enough followers on his Twitch channel just as on his different channels. He acquires a decent sum from all the channels that he has. Other than this, being an expert player, he partakes in various competitions and brings in cash from the equivalent. Additionally, he has procured a decent sum from his team’s salary. The other type of revenue for KennyS is memberships, sponsorships, and commitments on his Twitch cheer bit.

KennyS has been a part of many tournaments in his career till now. Recently, he has been a part of the DreamHack Open Fall 2020 tournament. In the event, he with his teammates managed to earn 12th place. Moreover, when he was ranked as a medium player for the latest three matches that he played. He managed to score 40 kills and 43 deaths in that event. Also, for the last match that he played, he was considered as the medium performer.

KennyS was born in Digne-Les-bain which is a small town in France.

What keyboard KennyS is using to play CS:GO?

Which Mouse KennyS use to play CS:GO?

What GPU does KennyS use?

What headset does KennyS use?

What Monitor does KennyS use?