In this era of high-level gaming, a motherboard is a crucial deciding factor for the overall performance of a game. Especially if you possess the Core i7-9700K, which was released by Intel in October 2020 then you require the best motherboard for i7 9700K.

No doubt that the Intel i7 9700k is more than capable for gaming as it provides the ultimate user experience with 8 cores and high frequencies. Although it has a drawback in hyperthreading, it still can process high framerates when collaborated with an appropriate GPU.

Here, the best motherboards for i7-9700K have been explained in full detail. Let’s have a look at them one by one.

The first and foremost motherboard we have is the Gigabyte Z390 UD. It is an excellent all-around motherboard that is reasonably priced. It has an excellent VRM (Voltage Regulating Module) and supports the i9-9900K.

This board is capable of supporting the Core i7-9700K processor and also has excellent cooling, a decent audio chip (Realtek ALC887) for the price, and the feature set is comparable to that of more costly versions. 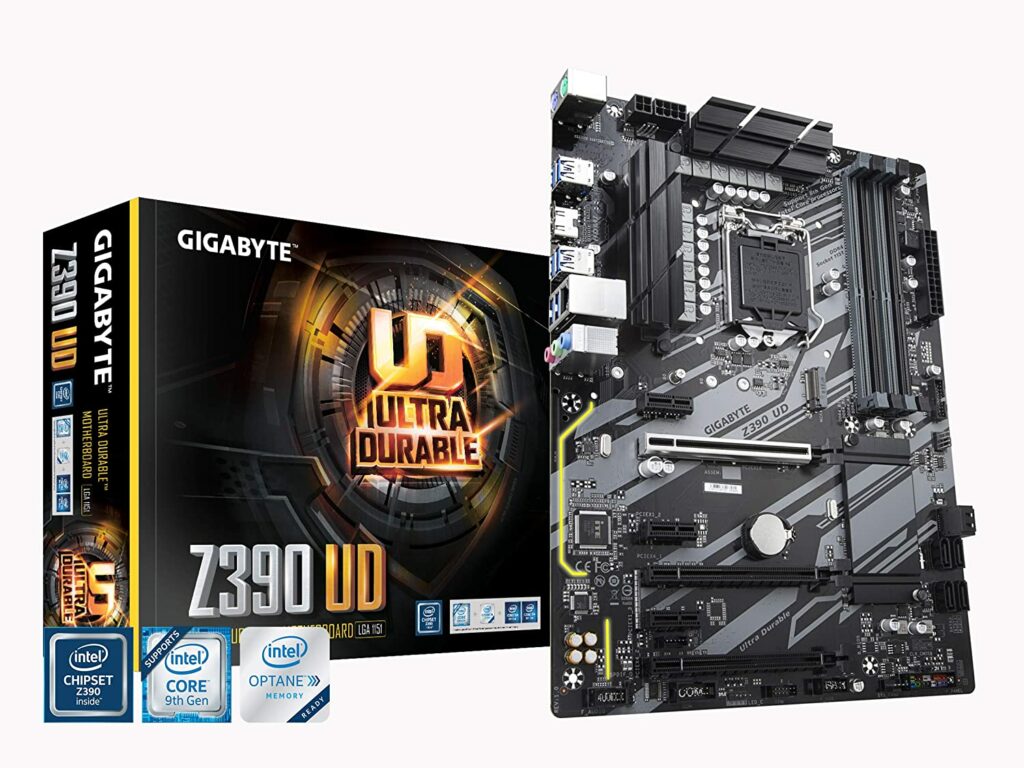 The Gigabyte Z390 UD even has a good appearance. It has a simple black and grey style that is eye-catching. The architecture is straightforward and optimized to facilitate part assembly and switching.

The board includes six SATA 6Gb/s ports, one PCIe Gen3 x4 M.2 socket, and four RAM slots with dual-channel memory support. The key PCIe 3.0 X16 port is armored, and there are 8 USB 3.1 ports on the board.

There’s also support for Intel Thunderbolt 3 and RGB light strips if you’re into that kind of thing.

Next is the Gigabyte Z390 Aorus Pro, which has a slew of outstanding specs. You get excellent VRM (12+1 Phase) as well as excellent expansion potential.

There are four DDR4 DIMMs that support dual-channel memory and they can accept up to 128GB of RAM and run any RAM speed up to DDR4 4133(O.C.). 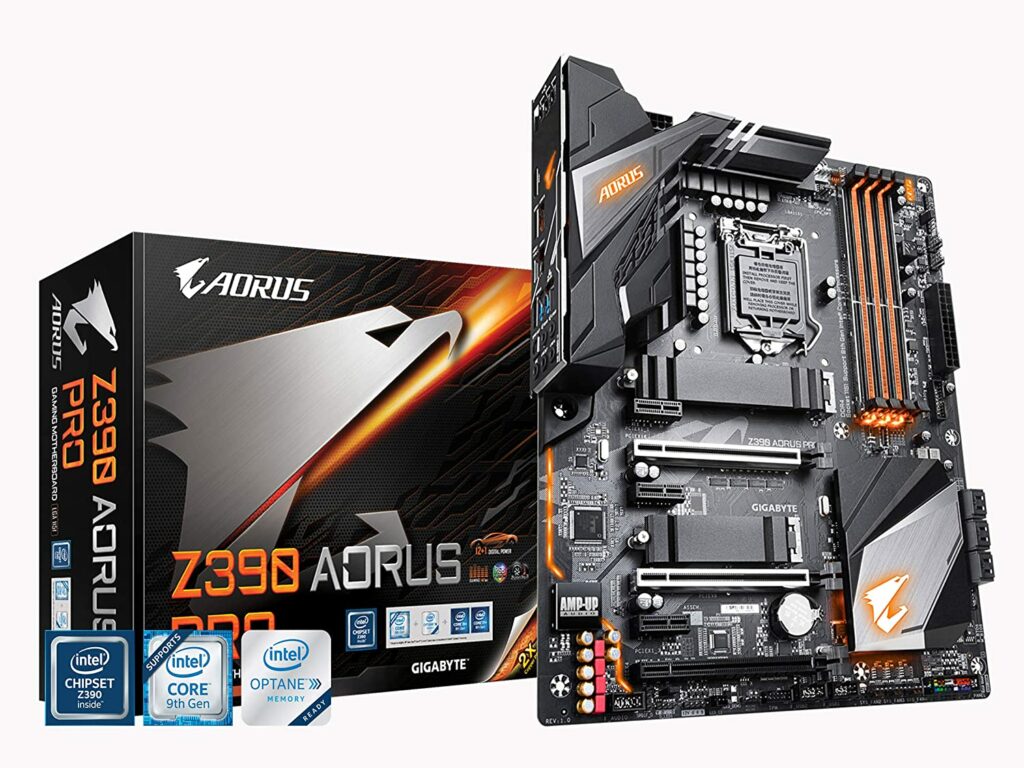 Following that, we have 6 x SATA 6Gb/s ports and two M.2 slots, all of which are thermally armored. Three PCIe x16 3.0 ports (one at x8, one at x4) and three PCIe x1 ports are available. Two PCIe x16 ports are armored to shield your graphics cards if you want a dual GPU configuration.

The audio department on the board is flawless, with absolute 7.1 surround audio, and an ALC1220-VB audio chip, and an optical connector. On the rear, there are two USB 3.1 Gen 2 ports, two USB 3.1 Gen 1 ports, four USB 2.0 ports, and one USB Type-C port, as well as a large I/O shield.

You just get one M.2 port for the Intel SNVi wireless module, which allows you to connect to the internet wirelessly. However, if you just need Wi-Fi coverage, you can only get the Wi-Fi version of this board.

Finally, you have a plethora of RGB lights as well as support for LED and RGB LED Strips. The Wi-Fi version of the board is almost the same as the standard version, but with support for wireless internet access. The board is slightly more expensive, and if you have a bigger budget, consider using the Z390 AORUS Ultra.

Gigabyte is a well-known brand, you can call it people’s favourite as well. In addition, the Gigabyte Aorus Z370 Gaming 5 will have the distinction of being the very first. When it comes to i7-9700k motherboard compatibility, the Gigabyte Z370 Aorus Gaming 7 is the perfect option.

You should generally use the KillerNIC organize connector because it is exclusive and you will usually match up with no slack, thanks to the rare KillerNIC arrange adapter. 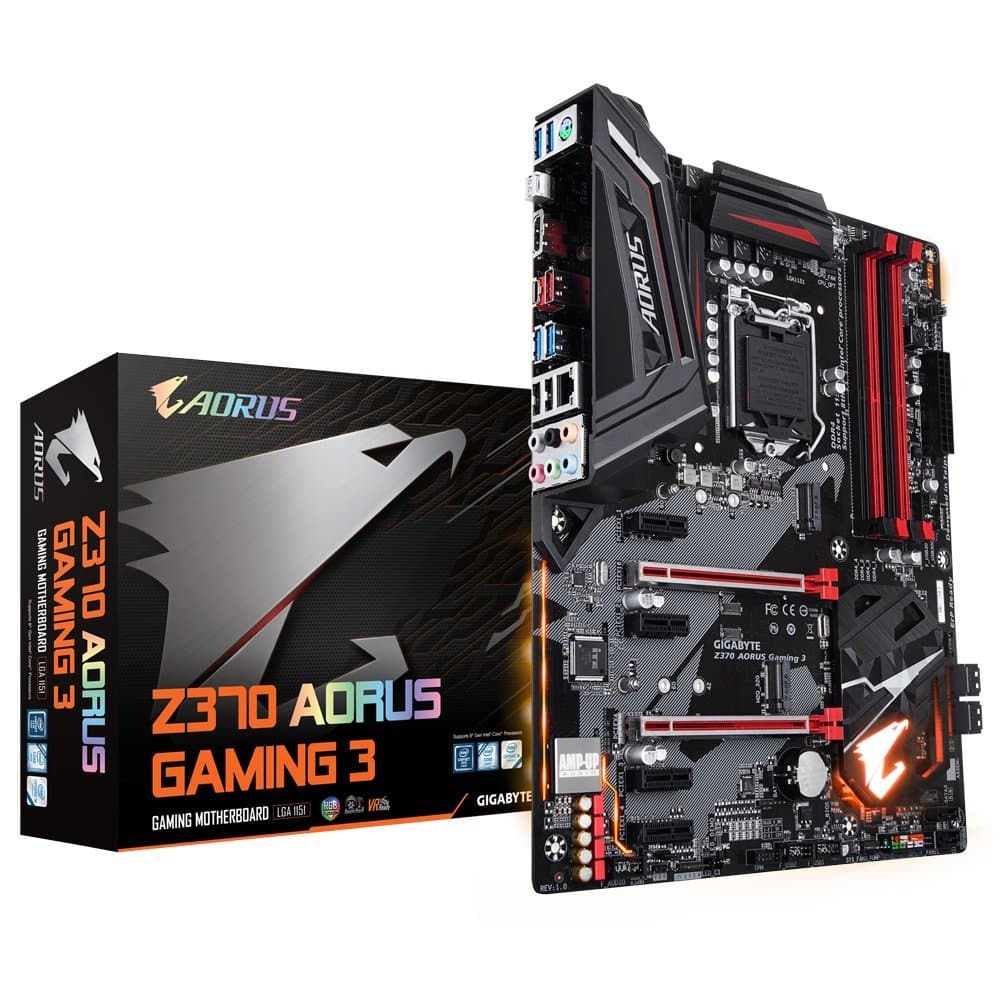 With the right turn, your ping will be low, allowing you to outrun your opponents. Since the motherboard has an Intel Z370 chipset, it will support Intel Coffee Lake processors. Because of the Sound BlasterX sound chip, your favourite games can sound more realistic, as sound can emanate from all sides with a suitable speaker collection.

The motherboard has a fan controller that allows you to change the fans in your packaging on a regular basis. This can also happen as a result of the temperature sensors. You can customize the RGB lighting to your liking or connect the LEDs to other PC segments.

There are essentially two options for the best Z390 motherboard for the Core i7-9700K. The problem is that one seems to be a loser. The Gigabyte Z390 Aorus Xtreme has a slew of flaws. A quick Google search yields a plethora of threads describing different problems with the board.

As a result, those seeking the best have only one option, the MSI MEG Z390 Godlike. 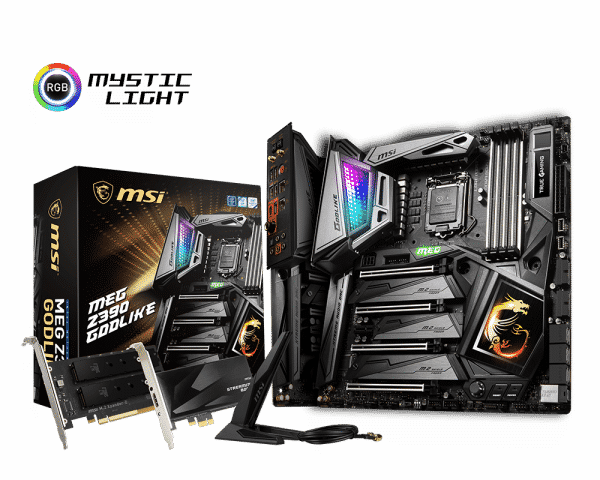 This board has everything. Superb cooling and a monstrous VRM. Support for maximum DDR4 rpm. Networking at a speed of ten gigabits per second. When it comes to expansion slots, this is overkill.

The PRO arrangement, which is not recent, includes all sheets for home or company use. These sheets would not illustrate support for the MSI programming suite, which is included with the other three motherboard classes.

To begin with, USB 3.1 Gen2 is now locally supported, while on the MSI MEG Z390 Godlike, motherboard designers will have to rely on outside stockpiling controllers.

The following major improvement is the addition of CNVi support, which is Intel’s fast remote arrangement. The 22 802.11ac alliance boasts a throughput of up to 1.73 Gb/s. The Z390 chipset is also ideal for eighth-generation Core processors.

The ASUS Prime Z390-An is an ATX-sized motherboard with a white, silver, and black color scheme. The board has a white backboard spread and a chipset heatsink, all with synchronized RGB and ASUS AURA VSync support.

The PCB has a white design that stands out and speaks to one of the more understated-looking ASUS Z390 options. The Prime Z390-A has three full-length PCIe 3.0 slots, two of which have ASUS Safe opening reinforcement guarantee and perform at x16, x8, and x4 from start to finish. 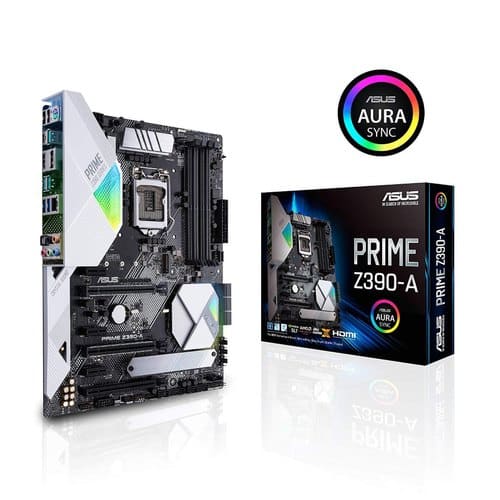 Synchronization of Emanation RGB lighting with addressable headers offers an almost infinite variety of hues with the ability to synchronize effects through an ever-expanding environment of AURA Sync-activated objects.

You won’t have any problems when gaming or doing other activities if you have a motherboard that supports up to 32Gps data transfer rate.

If you want to get the best out of your games, you can keep the temperature at a consistent amount. Fortunately, this Fan Xpert 4 helps a lot to make it possible. The only best motherboard for i7 9700k under $150 is the ASUS Prime Z390-A.

At last, we have one solution for those who want to create a no-compromise compact rig. The ASRock Z390 Phantom Gaming-ITX/AC is the best choice for a limited form factor PC with the Core i7-9700K.

The explanation is straightforward. The Mini ITX form factor severely restricts manufacturers, resulting in most Mini ITX boards having low VRMs. You won’t find a better VRM section than on this board, which is critical if you want your strong CPU to function stably under load.

This board has a 5 step VRM with 60 Amp power stages, as well as a big heatsink for good cooling. That is especially important if you choose a Mini ITX board.

Other characteristics are exceptional for a board of this size. It supports DDR4 memory speeds of up to 4500 and a total of 32GB of RAM. You get two DIMM slots, which are standard for Mini ITX boards.

There are also four SATA3 6.0Gb/s connectors and two M.2 slots, which is fantastic news for those looking for a lot of cheap SSD storage. The board has Wi-Fi and Bluetooth 5.0 support. The architecture is cramped, but there are plenty of heat pipes to ensure safe work under load.

You don’t have a lot of RGB lamps, but you can add RGB LED strips if you want. Yes, the price is a little higher, but this is by far the best Mini ITX board on the market for the Core i7-9700K.

Since you have decided to stick till the end so we believe you deserve more. Here we have a few more motherboards that might be perfect for you.

Let’s check them out.

Intended for Intel® CoreTM processors from the ninth and eighth generations to increase availability and pace with double M.2, USB 3.1 Gen 2, and ASUS OptiMem II for improved DRAM overclocking dependability. 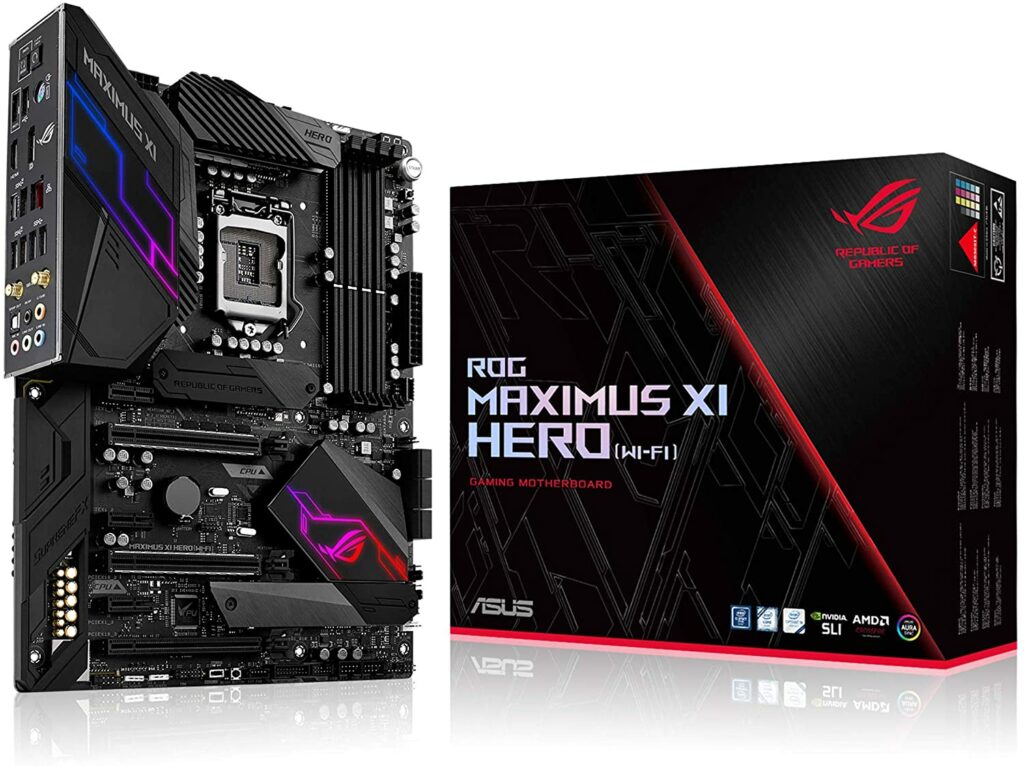 There are several and 3.1 ports accessible via inner motherboard connections, including USB 3.1 Gen 2 connectors, which are the fastest 10 Gbps connectors.

Quality Sync RGB lighting with addressable headers has an almost infinite spectrum of hues and the ability to synchronize effects through an ever-expanding biological infrastructure with Aura Sync activated products.

Synchronization of Emanation RGB illumination with addressable headers has an almost infinite spectrum of hues and the ability to synchronize impacts through an ever-expanding world of AURA Sync empowered items. 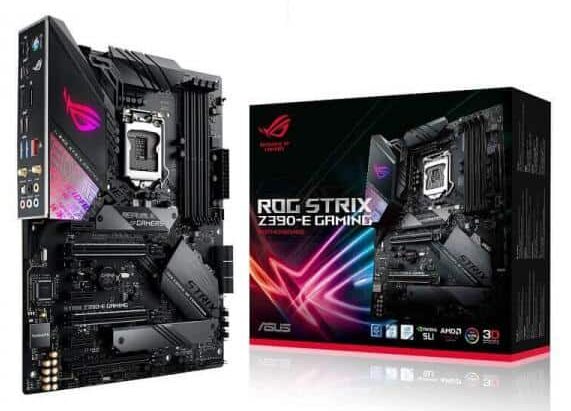 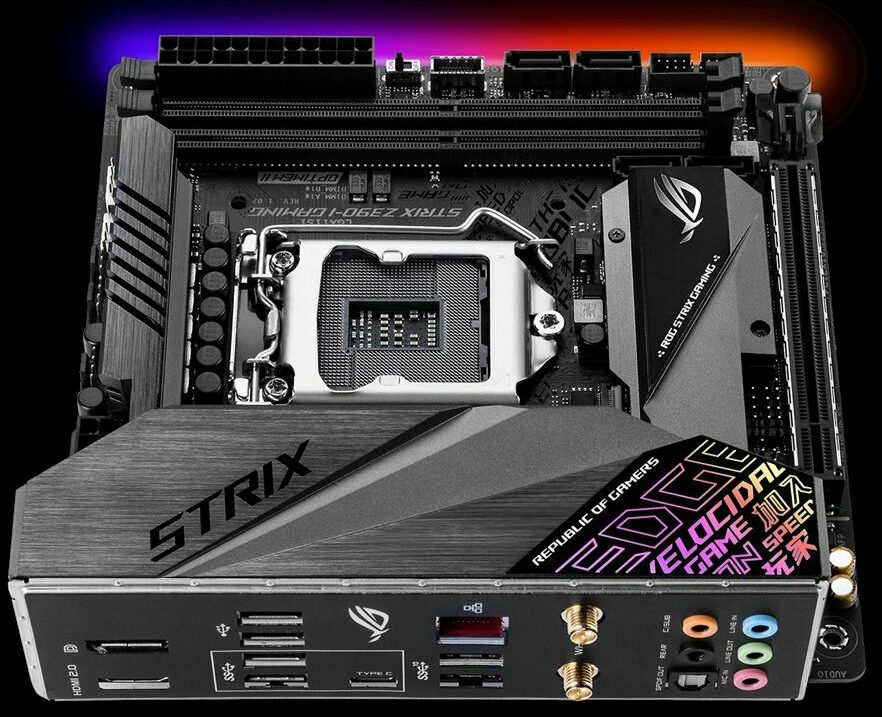 The ROG logo is emblazoned on a thick aluminium M.2 shield that houses PCIe x4 and SATA-based M.2 drives. It has a front board USB 2.0 and a framework fan header under it, a front panel tone behind it, and two SATA 6 Gb/s ports before it.

Final Words From a Fellow Gamer

These were the best gaming motherboard for i7 9700k, hope u liked it. Do make a purchase using our links because we have sorted out the lowest price from different websites. It will help you in saving a lot of money.

Also, do not forget to check other posts on our website, they are going to be of great use to you.

Mapmodnews.com is one stop solution for your all tech & gaming needs. Find out best products with us that are specially curated for you by our team.