It’s that time of the year, and rumors have already started spreading out all over the internet about the arrival of new Call of Duty gaming series. The year 2020 is all about surprises for gamers, and everyone is eagerly waiting for the official reveal from Treyarch. If you are in search of Call of Duty 2020 release date, backstory, Black Ops Cold War names, update settings, and much more then we have got you covered. Despite the official release which is yet to happen, certain reliable leaks came by our way and we have presented them in simple words as below. 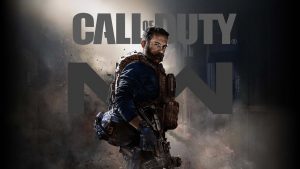 For the last couple of months, rumors speculated around Call of Duty 2020 official release date as mid of October month in this year. Trustworthy resources state that official news related to the upcoming COD gaming series shall get released anytime from now, which is indeed a positive sign as the wait is about to get over in a few days or weeks. The global pandemic which the entire world is recovering from has slowed down the official release, yet, Treyarch has been putting in maximum efforts to reveal the game as soon as possible. 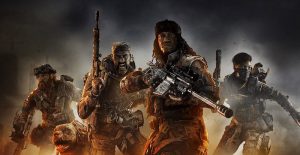 While you are reading this for sure you might have crossed the month of June in 2020, during which many rumors, leaks, and possible Black Ops 4 release date got surfaced all over the internet. The upcoming COD gameplay shall happen in the Cold War, which is why it might be named as Black Ops Cold War.

The latest leak from a trustworthy source reveals the fact that the game shall be launched between October to December and the development process for the same has almost reached the final levels. Previously released leaks did claim that there will be a separate single-player component present in the upcoming COD game series, which the latest rumors confirm at first, and the major good news is both Alex Mason and Frank Woods are about to make a comeback. Ardent gamers look over this as a soft reboot of the entire Black Ops series like they did with the Modern Warfare that released a year back.

The upcoming Call of Duty series, rumored as the Cold War shall focus more on Vietnam and South Korea. A brand new Korean based war setting shall be treated as the new ground for COD gamers in terms of time and location. The gameplay might happen in the 1950s, depicting the invasion that happened with South Korea before they had to ask for international help to push back the conquering forces. This particular campaign shall host more gruesome and gritty when compared to Modern Warfare, yet, it would be really impressive if at all they can manage to put things in the rights places.

Adding to these, Treyarch is likely bringing back the Zombies mode and the exciting multiplayer fare in the Warzone mode. If at all the game is said to be running on the exact game as the Modern Warfare does then you can swiftly learn the gameplay. With such features coming back to COD, a new map is highly expected to arrive and it might be set up in Russia. These things may be co-related with the recently released Warzone nuke.

Like the MW, all multiplayer DLC shall be available for free access, even though there are various paid season passes that you can explore within the Zombies mode. This way, a new plot with more realistic events shall get featured, unlike the ones that were seen in the previous COD series Zombies mode.

Multiplayer shall also see a comeback in the Ground War mode in Call of Duty 2020 along with some remarkable kill streaks like a flamethrower, UAV, bomber, and dogs that all can be used to wisely eliminate the aerial attack conducted by the enemies. The Black Ops noteworthy swimming mechanics shall make a comeback, yet, it has been rumored that door-opening mechanics might be allegedly gone in the new COD series.

Does the new Call of Duty 2020 game include single-player mode?

If you are someone who has been addicted to playing COD campaigns in a single-player mode from COD 4 then you might get disappointed in the upcoming brand new series. As Black Ops 4 did not have a unique narrative or single-player mode in them the same shall happen to the upcoming COD gaming series this year. After Modern Warfare’s campaign turned out to be a huge success in the last year, it will be shocking to see no kind of COD 2020 campaign making it to the new gameplay.

If by any means the above-mentioned rumors are regarding the Korean and Vietnam wars then the alternate reality options shall make its presence as it is the one subject which the franchise is yet to explore. The previously released Treyarch campaign was all set in the year 2065 in the 3rd Cold War and it did end with the players dying out for no reason at all. The same kind of narrative process shall be continued in chronological order with updated features in the newest Call of Duty series.

Is there any possibility for Zombies mode to return to COD 2020?

What has been happening with the COD League 2020? 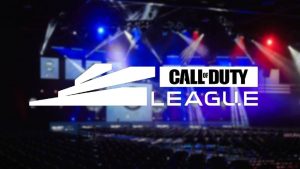 Will COD 2020 host a league play or ranked mode? This question has been bothering many people, as Treyarch is the developer of the 2020 COD series, league play can be highly expected. With that said the ranked play in the Call of Duty has become a sensitive subject in recent times and it has been included in all Call of Duty games except the Modern Warfare ones. In this era, where having esports means welcoming big money, the Activision’s reluctance to provide valid support with the game has been baffling.

The ultimate Call of Duty 2020 wishlist:

There are certain things that we would like to get included or amended in the new Call of Duty series that shall make it one among the best COD titles that are about to get released in the entire franchise.

Every other multiplayer COD title that has been released since 2007 host UAV kill streaks in them; yet, it’s high time they get removed for better reasons. Although this might sound controversial, hear us out. The UAV is certainly a crutch for the bad players. Whenever it was added to the Modern Warfare 2 gameplay, higher death streaks happened, letting you glance through the exact location of the enemies that sounds good on one side, still, you might be paying more attention towards the mini-map rather than concentrating on how to play and explore the game.

The UAV’s shall indirectly encourage pre-aiming, corner camping, and shall contribute less to experience the gameplay to its fullest potential. Achieving the most number of kill streaks shall certainly distract the skill levels of players in Call of Duty, which is why removing UAVs sound as a good option.

Going back to the drawing boards present in the maps:

It’s a known fact that multiplayer maps in Modern Warfare have been the worst and it has been out there for a long time as well. If you have witnessed Azhir Cave and Piccadilly then you will understand the differences. The sudden disappearance of the three-lane maps makes it difficult for the COD players, which is why everyone has been expecting the new Call of Duty to have maps that shall let them follow through the three-lane philosophy without facing many hurdles.

Do you remember exploring maps like Highrise, Crossfire, Radiation, Havana, and Launch? If your answer is yes then for sure you will agree with the fact that how three-lane templates can be helpful to explore around. Although the mapping idea has been disappeared, getting it back in the upcoming 2020 COD series shall make the entire gameplay much more interesting in the first place.

Introduced in the Modern Warfare, the total amount of customization possibility and options that you can explore with the Gunsmith system is certainly uncountable and it is the best feature that can be seen in the COD franchise. Every other weapon has its own set of attachments and configurations that you can tweak at your convenience. Although you can experiment with it, if at all the opponent uses the same loadout that you have in the first place then the gameplay reaches extreme difficulty levels letting you act smart at the earliest to win over them.

Treyarch must consider holding this particular feature in the latest and about to release COD series. Back in WW2, as a player, you might be able to attach holographic sight with the Thompson, which is quite a welcoming feature that must be included in one way or another in the next COD game.

Modern Warfare has been reported to use one among the lowest TKK rates when compared to other earlier released Call of Duty series. Despite people getting fond of this feature, especially the gamers who love to explore hardcore gaming, still shooting at a higher TTK rate can be beneficial in different ways. The COD games, namely the Black Ops 2 and the Modern Warfare are the two most renowned COD titles in which you will never get killed even after one or two random bullets get hit upon your body.

By increasing the TTK rate, you can wisely prevent corner camping, as shooting over someone from the backside is not a good way to get a guaranteed kill. It does reward higher skill ceiling as the shot that has been fired aiming the back means there room for you to turn around and outshoot the enemies. The fondest and memorable moments in the old Call of Duty games entail scenarios where you must have earned more than kill by making use of the higher TTK rates.

In a few weeks, Treyarch might release the title, gameplay options, and updates through an official press release. With all these, we conclude out Call of Duty 2020 unique wishlist and every other thing that we have come to know related to the gameplay so far.