Home » Game » Best Fortnite Skins For Ranked Matches In 2022: How To Get Them?
Game

Best Fortnite Skins For Ranked Matches In 2022: How To Get Them?

Winning a game and not showing off your taunts and skins, is not the train of pro gamers or even normal pub gamers. We believe that you are certainly among those who like to celebrate the win in a unique style. However, for such a unique celebration you must have the most unique and the best Fortnite skins equipped on your character. We know that you would agree to the same.

The makers of Fortnite surely enjoy their wins and they have made sure that we all enjoy ours too. So, to make our wins more special they have flooded their item shop with skins from every dimension of the universe. Moreover, selecting from the heaps of Fortnite skins is a tough task. Ranging from the Uncommon skins that are low cost to the attractive and stylish legendaries that are quite dearer on your pocket.

In case you are having difficulties finding one suitable for you. No need to worry! We did the work for you to stand out from the rabble and celebrate you Victor Royale in style. We have picked some of the best Fortnite skins from the Fortnite item shop that you are most likely to buy.

The best Fortnite skins at a glance:

Since the item shop of Fortnite keeps on refreshing every day, it is necessary to keep rotating through the shop to hunt for the skin that you like the most. Some of the rare ones are also seen in rotation in a while. However, the above-mentioned list includes the cream of the all available skins of Fortnite, which have been available in the daily rotation, or via Twitch Prime loot, Fortnite Battle Pass, Founders pack, Starters pack. We assure you of the fact that these are among the best skins available in the game. Also, they will most likely suit your character. And that is how you rule in-game after winning the match.

A detailed description of the best Fortnite skins: 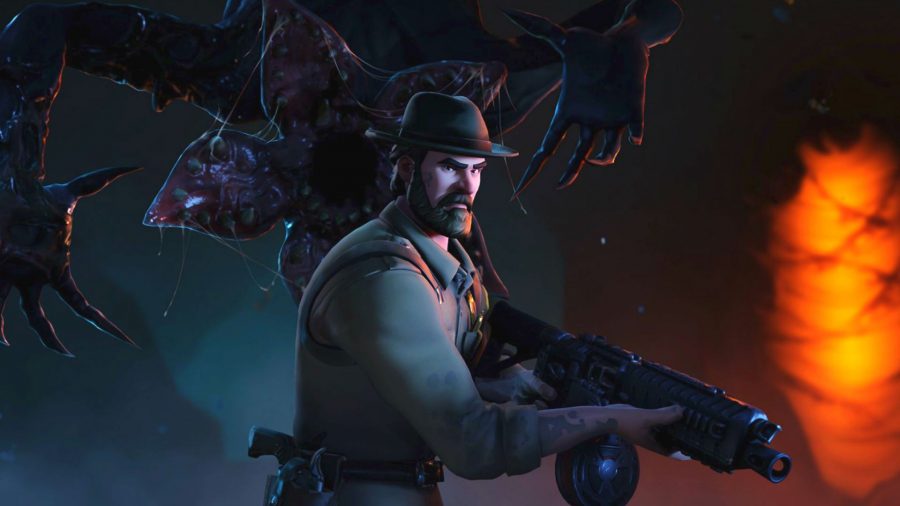 Remember the chief of police from one of the highest-rated Netflix shows ‘Stranger Things’? Yes! This skin takes you back to the up-side-down world feeling of the show. The James ‘Jim’ Hopper skin of Fortnite, features the Chief of Police in the town of Hawkins, Indiana. Nowadays he has been imposing his victorious authority in the Epic’s battle Royale Island. The brave mustache master’s skin was launched in part to mark the release of season 3 of the Netflix show. We are certain that this Fortnite skin will give your character a look and feel that makes the enemy think of Demogorgons for sure. 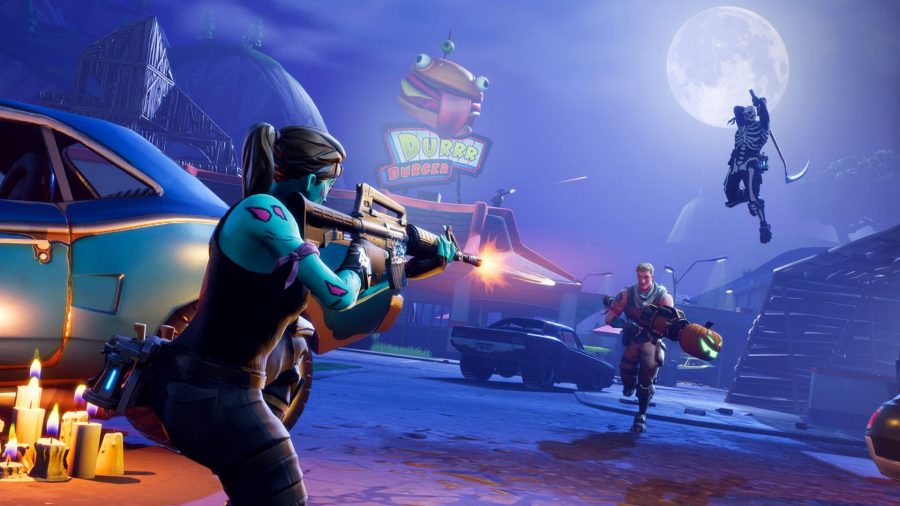 We know that not everyone is interested in investing a huge sum in buying skins. Taking care of that Epic has given some really good budget skins too. If you don’t want to invest much, this Halloween skin is made for you. The Skull Troopers’ popularity is well known among Fortnite fans. However, this skin is one of the rarest skins of Fortnite. The skull trooper Fortnite skin was released in the initial days of the game, during the first season event. This skin then vanished off from the face of Fortnite for almost a year. Popularity and rarity are the two combinations that make this skin of the most sought ones in the Game 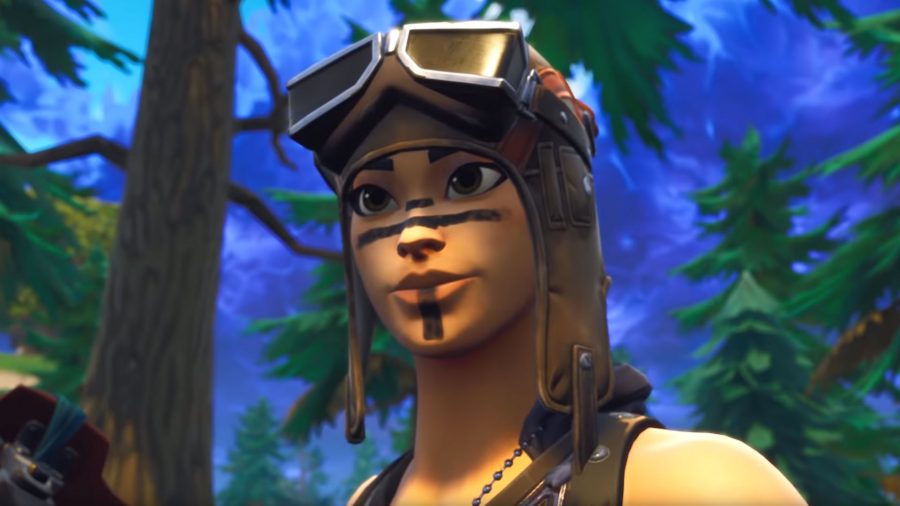 The reason why we picked up this skin is simple. Despite the popularity, the game skin is yet to return to the game so far. It has a similar story as that of the Skull Trooper. This Fortnite skin that features a beautiful face-painted fighter pilot is another rarity. It was available in the initial days of the game for purchase at merely 1200 V-Bucks. The condition was that the player must have reached level 20 of the game. Now, it is yet a history for Fortnite lovers. However, for those who are willing to take the risk, this skin may be available for trade for quite heavy in-game items. Brewery of scammers! 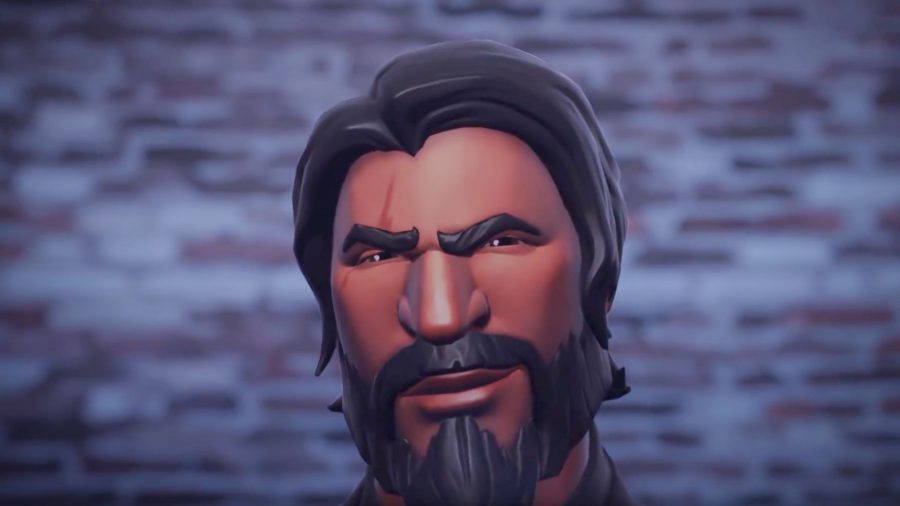 As the name says, he is havoc for the bare or no skins! The reaper became so famous in the Fortnite arena that the player owning this skin was also known as the John Wick of Fortnite. The reason behind this nomenclature was simple. Only those who reached the top 100 tiers in the season 3 battle pass of Fortnite had this skin. And reaching till 100 tier means either they had plenty of time on their hand or they were really good at the game. 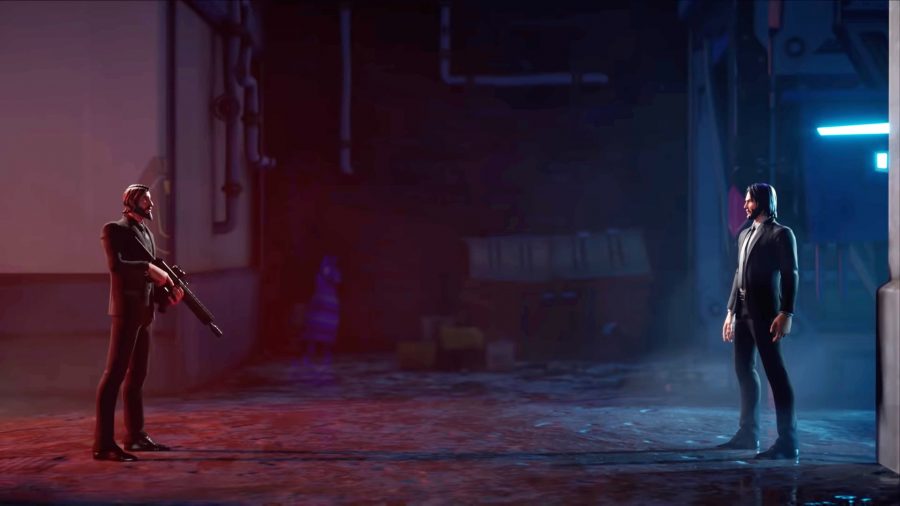 One can say that skin has earned the game a lot of popularity and players. Fortnite in the initial days had a lot of tough competition in the battle royale arena. With 4 top-tier games from some of the top game manufacturers in existence making a way forward was not an easy task for EPIC. Also, with the increasing popularity of the PUBG, Apex Legends, Free Fire, etc … Epic had to put in the extra effort. They did it and they did it in style. Though PUBG was the founding father, Fortnite took things to the next level and in an impressive manner.

Introducing a player skin based on one of the top Hollywood action movies, was the way forward for them. The popularity of Keanu Reeves is universal, and so is the popularity of his character John Wick.

This skin was a limited-time skin. However, if you want to ingest fear in your enemy with the John Wick skin, you can find it in rolling the store at times. Alternatively, you can pick up this skin through the John Wick’s Bounty limited-time event. If you were unable to take part in the event, this skin is totally on your luck at the store. Go ahead be the real John Wick! 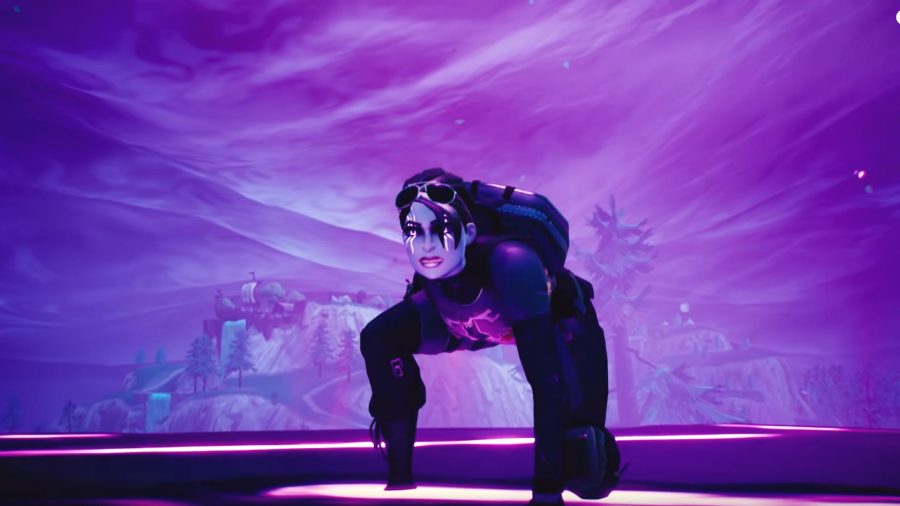 We have high hope from Epic that they roll back this skin to like they did with the brighter side of the character. The dark bomber is the corrupted sibling of Brite Bomber. This skin is the only rare skin that was available for 12000 V-bucks. Moreover, is one of the most demanded skins due to the costume of the character and ist back story. 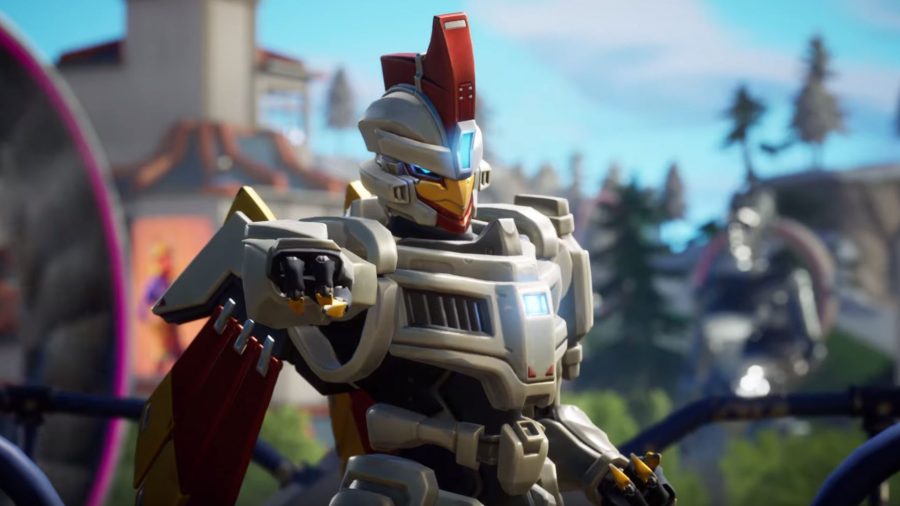 One can say that this is creativity at its best. A character based on a chicken but with a twist. So, the Sentinel is more or less like a poultry ‘chicken transformer’. Yes like ones that became large mechanized beings from cars in the movie, this one seems to be shapeshifted from a chicken. But it has some intriguing features. The best part is this skin is not as hard as other skins on the list to get hold of. It is a Tier 1 skin from Season 9 of Fortnite. An aggressive chicken transformer is your go-to victory! 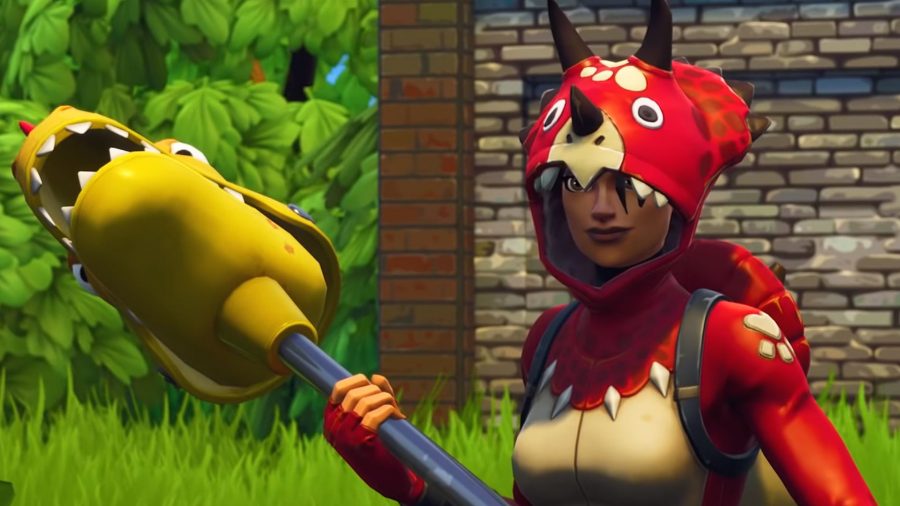 Dino Dino! All that was needed in this list of skins was a little prehistoric tinch. However, most of us would not be satisfied with the quality of this skin for the amount that you pay, but its rarity is unmatched. It has only appeared in the store a couple of times. So, finding this skin is like digging up for the carcass of a dinosaur from the prehistoric era. So for the punnier part, all you get after digging so much is bones that are worth millions but have no use!

However, if you won this skin you are among the rarest in Fortnite! 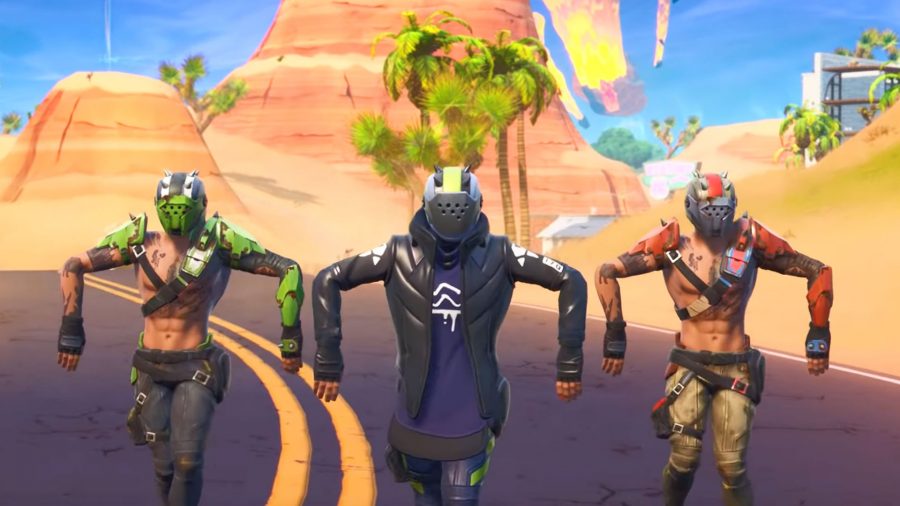 Early day outfits are total love for some of the pros! The X Lord skin is a spin-off of one of those early-day outfits that never got old among Fortnite lovers. Yes, remember the Rust lord outfit, the X-lord is a better version of the same. This skin is great because it compliments the Battle Royale Arena totally. Heaps of different styling options, cool tattoos, and some chainsaw harvesting tools, make the character look quite badass. Again, this character is highly sought among Fortnite players due to its badass-ness. 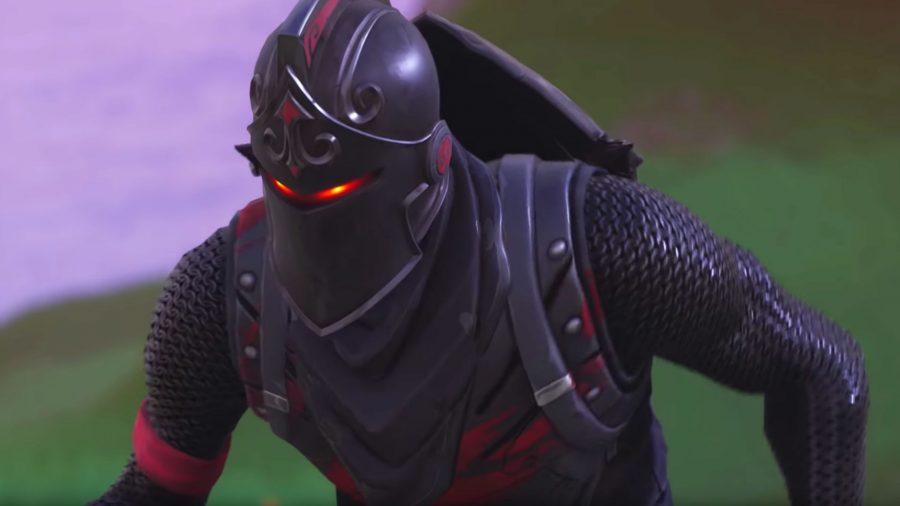 The skin was one of the most wanted ones in the second battle pass of Fortnite. Those who reach tier 70 in the battle pass season got their hands on the Black Knight skin. This skin is quite loved among Fortnite veterans. The piercing red eye of this character is enough to tell the rage with which you are playing the game and lurking for victory. However, to get one of these nowadays is a dream. This skin is proof of Fortnite’s decorated history and you won’t find many of these roaming around on the map these days. 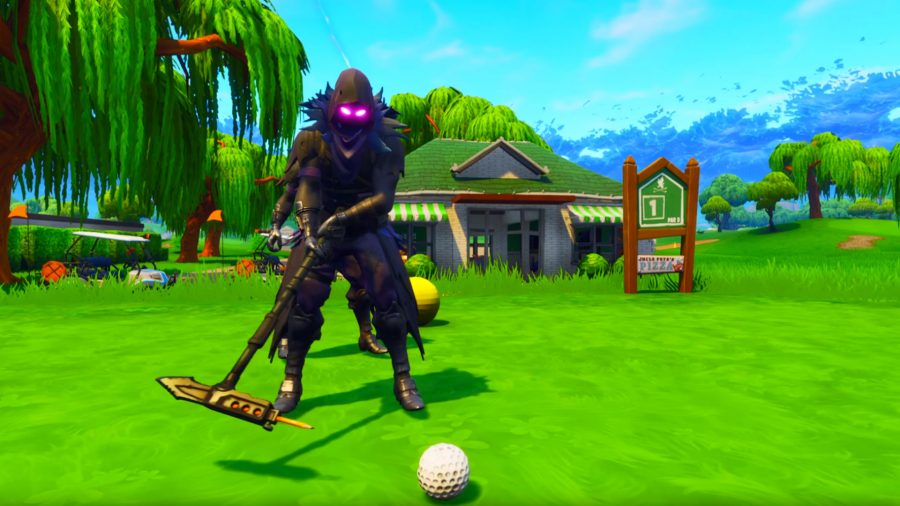 One of the rarest legendary skins that Fortnite has. Rave is not only cool looking but at the same time, those brightly lit eyes are something to crave for. The rarity of the skin is Epic like the manufacturer. The skin is so rare that it has appeared only five times in the Fortnite item shop in the game’s history.

So if you want to add this to your stock, make sure to have 2200 v-bucks ready at all times. 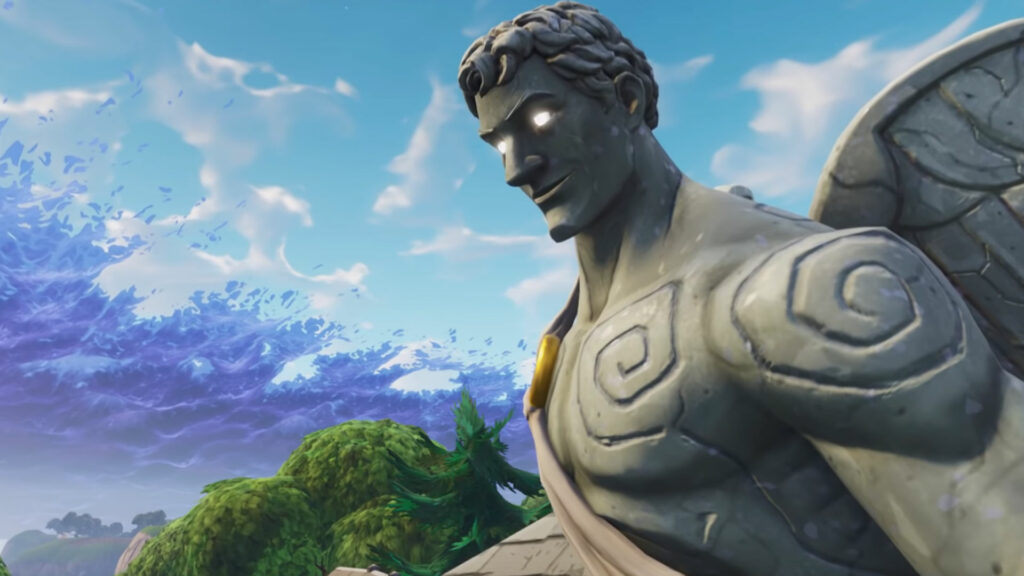 This set is something that you will surely fall in love with. Not because it has love in the name, but because it is part of the Royal Hearts set. Love ranger costs around 2000 V-bucks. This skin is among some of the top legendary skins famous among Fortnite lovers. This set is generally available in and around the valentines. 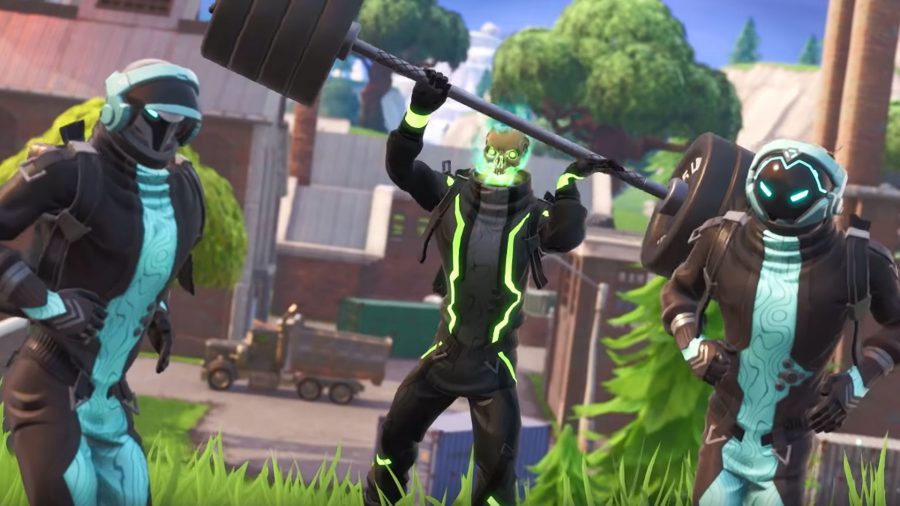 This skin can be considered as a season X spin on a classic. The Dark Voyager skin is worth looking for in the store. The green flaming skull is a big attraction. The skin also gives your character a very creepy and yet metallic and attractive look.

The Battle Royale of Epic has gained a lot of popularity in recent times due to its unique playing style. According to us, these are some of the best and most liked skins in Fortnite. However, if you feel like we missed something that must have been a feature in the list do let us know in the comment box. We will do research and maybe consider your suggestion for our next story on Fortnite skins.